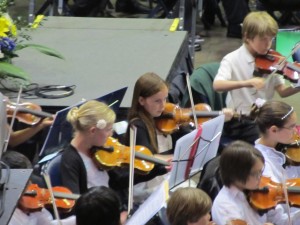 My oldest daughter has been playing the violin for almost two years now.  She started in fourth grade with her school’s music program.  A few months ago she auditioned for the honor orchestra and low and behold she made it!  I feel very lucky that her school district has such an incredible music program and they hold the arts at such a high value, especially when the arts are getting cut out of most schools these days.  She has rehearsed for almost two months with the honor orchestra group and it culminates with a program called Stairway to the Stars.  The honor orchestra is made up of students from all of the elementary schools in the district.  There is also honor band and choir.  There are elementary groups, middle school groups and high school groups.  It was an amazing performance!  We were so proud and grateful! 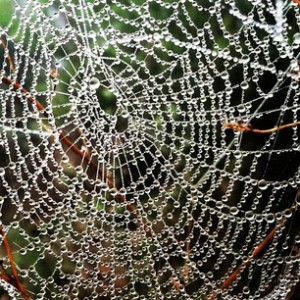 Discovered this morning on a foggy hike in the Santa Monica Mountains. 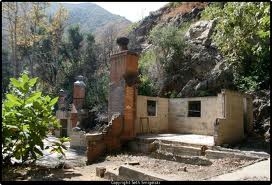 There is a lovely place in Malibu called Solstice Canyon where one can take a leisurely 3 mile hike.  Last week I went on this hike with a dear friend and our very happy dogs. The canyon was all a bloom, as this warm winter has tricked Mother Nature into an eternal spring. Many wild flowers were showing off their charm.  A few miles into the canyon we came across a skeleton of a once lovely house.  All that is left is beautiful stonework from the foundation and fireplace. You can see the framework of several pools outlined in stone.  Unfortunately, which happens all too often in this area, a wildfire destroyed this once incredible home in 1982. I have been here before with my husband and daughters and we wondered what it must have been like to live here.  To the side of the house is a waterfall and then

the small creek wraps around in front of the house.  The house is tucked back in the canyon in a truly magical spot.  It must have been exceptionally private and incredibly peaceful to live here.  I wonder how this home was built so far back in the canyon and who would have built this incredible place.

When we returned back near the parking lot we stopped and spoke with a distinguished older man who was also walking his dog.  He told us that this whole area had belonged to his family before it was sold to the state.  I asked him about the house and he said he had grown up there.  Although they lived in Santa Monica, his father insisted that they come out to the home every weekend.  His family had cattle and they kept horses on their ranch.  He had what looked like tears in his eyes as he spoke about his memories on living in the house with his family.  I guess his mother was fearful of the Japanese attacking the coast of California (during WWII) which is why they had built a bomb shelter on the property, it doubled as a place to store food.  He still lives in the Los Angeles area and happened to be visiting his daughter and grandchild who live close by.  I felt so lucky to have run into him and it was obvious how much this place meant to him.  It is so important to be connected to the land and one’s past.  I enjoy nothing more than being in nature.  We are so fortunate to have this beautiful canyon open to the public due to this man and his family.

Once I returned home, I looked into the history of Solstice Canyon and found that his parents, Fred and Florence Roberts hired noted African-American architect Paul Williams to design the home in 1952.  Before that time the family had a small cabin on the property.  The home designed by Paul Williams was featured in Architectural Digest. They had cattle and various exotic animals on the land, including reportedly, camels, buffalos and giraffes, a miniature Hearst Castle.

If you ever find yourself in this area, I would highly recommend a hike through this beautiful canyon.  It is good for your heart and your head!

For more information here is a link to the Malibu Surfside News:

Hope you are enjoying this very green day! May the luck of the Irish be with you today and everyday!

Okay, so now we are getting into the real planning stages of our trip and have hit a few road blocks.  I knew we would hit a few so here is the first…hopefully not too many more!  We were planning on bringing our four-legged friends with us on our big adventure. Crazy yes, but I thought it would be a simple process, which it could be, if we were made out of money, but we are not.  Believe it or not, our Chihuahua is just fine but our other dog, a Shih Tzu, is not allowed on our airline. When I booked the dogs on our flights several weeks ago, I was told the only dogs not allowed were Pit Bulls and fighting dogs, so although this is accurate, it is not the whole story.  I went on the airline’s website to look at the size of crate we would need and other information and it was then that I discovered the issue about flying with our Shih Tzu.  I called the airline to make sure this was the case, and yes in fact it was.  She is what you consider a brachycephalic or snub-nosed type of dog and they are no longer allowed to fly on this airline. There is a fairly big list of dogs not allowed, from pugs to boxers.  It seems there are several reasons why, one being respiratory issues which make it dangerous for them to fly.  There are no dogs allowed in the cabin when flying on a transatlantic flight and they go as cargo…poor dears!

There are other airlines you can take these types of dogs on and one airline is United Airlines (which is merging with Continental). They are part of a pet safe program and they seem to take exceptional care of the animals flying with them.  This is a great way to go, but it can be expensive. To fly one dog with them would cost ($570 one way) close to the same as our own flights, which if anyone has looked lately, you know it is expensive these days.  They have a special service where they will walk your dog and let them out of the crates to go to the bathroom during flight connections. This fee was $75.00, definitely worth it but still – ouch.  Even if we were flying on United and they were going as checked baggage, you still have to pay the same fee, there are no breaks but for breeders, certain type of breeds and show dogs this is probably the only way to go.

After doing a little soul-searching and budget reviewing, we asked my brother the big question…could you, would you, watch our dogs? Believe it or not he said yes, and we are so very very thankful! He has a sweet golden lab named Ella. She will have a few extra squeak toys to play with now.  We cannot thank him enough for taking in two extra boarders.  I hope they behave themselves!

The hardest part was breaking the news to my daughters, I know they are going to miss them but they also know it is for the best.  It would have been a lot for the dogs to go through and to be honest I just do not know how they would do traveling as much as we are going to do. We are planning on using Skype a lot, not only with our family and friends but now our dogs too!

If you are considering bringing your pets with you on any flight, especially overseas, there are different rules with each airline and each country so, you definitely need to pay close attention and look at all of the rules regarding this.  Make sure you look closely at each airline’s website for restrictions and information because every airline has their own way of doing things and it can easily get confusing.  I would definitely look at this all before booking your flights, a lesson learned for me!

In the long run, I know it will be easier for us to be pet free but I was so looking forward to walking our dogs on the streets of Paris and through the English countryside.  I guess that will have to wait until next time.   I will miss my little friends!

If you plan on being in Europe for longer than a month (or even 21 days which is the minimum time) it might be a good idea to lease a car from one of the many brokers who lease and buy back European cars.  As long as you are not an EU citizen, you will not have to pay the VAT (value-added tax) when leasing a new car in Europe. This tax can be up to 20% which really adds up for EU citizens. When the car is brought back, it then will be sold to either an EU citizen (without the VAT) or a rental car company.  There are many different car companies to choose from such as Peugeot, Renault and Citroen.  Many of these lease programs seem to originate in France, but for various fees the lease companies can drop off the car in several different countries. The fees were not completely outrageous either.  I believe it was an extra $225 if we wanted to pick up the car in Barcelona and the same if we wanted to drop off the car there, as well.  Pick up and drop of points are free in France.

The beauty of this program is that you get a brand new car (ah, that new car smell) with zero deductible insurance (this insurance is rolled into the price of the lease) unlimited miles and complete coverage for any car troubles.  It will definitely save you money compared to regular car rentals.  You can choose your make and model too.  We are looking into a diesel, as the cost of gas can be more than twice the cost of gas in the United States.  Diesels can save you up to 20% on your gas bill and are more efficient overall.  Today, diesels in Europe make up 60% of all car sales.

You can lease the car for a maximum of 170 days.  Students and educators may lease for up to 355.  You must be 18 and hold a valid driver’s license.  We are going to get an international drivers license, just in case.  These are easy to get at places like AAA.

There are several companies that you can set up a lease with and are easily found through an online search.  I have read there is a little extra paperwork but this can all be done relatively easily at the airport upon arrival and then you can be on your way.  I feel that having a leased car will benefit our family especially since we like to get off the main roads and find ourselves on roads less traveled.

Counting down the days before we go!