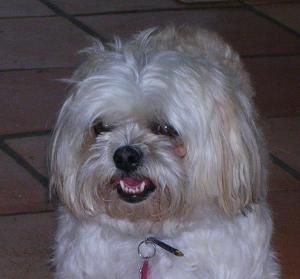 Okay, so now we are getting into the real planning stages of our trip and have hit a few road blocks.  I knew we would hit a few so here is the first…hopefully not too many more!  We were planning on bringing our four-legged friends with us on our big adventure. Crazy yes, but I thought it would be a simple process, which it could be, if we were made out of money, but we are not.  Believe it or not, our Chihuahua is just fine but our other dog, a Shih Tzu, is not allowed on our airline. When I booked the dogs on our flights several weeks ago, I was told the only dogs not allowed were Pit Bulls and fighting dogs, so although this is accurate, it is not the whole story.  I went on the airline’s website to look at the size of crate we would need and other information and it was then that I discovered the issue about flying with our Shih Tzu.  I called the airline to make sure this was the case, and yes in fact it was.  She is what you consider a brachycephalic or snub-nosed type of dog and they are no longer allowed to fly on this airline. There is a fairly big list of dogs not allowed, from pugs to boxers.  It seems there are several reasons why, one being respiratory issues which make it dangerous for them to fly.  There are no dogs allowed in the cabin when flying on a transatlantic flight and they go as cargo…poor dears!

There are other airlines you can take these types of dogs on and one airline is United Airlines (which is merging with Continental). They are part of a pet safe program and they seem to take exceptional care of the animals flying with them.  This is a great way to go, but it can be expensive. To fly one dog with them would cost ($570 one way) close to the same as our own flights, which if anyone has looked lately, you know it is expensive these days.  They have a special service where they will walk your dog and let them out of the crates to go to the bathroom during flight connections. This fee was $75.00, definitely worth it but still – ouch.  Even if we were flying on United and they were going as checked baggage, you still have to pay the same fee, there are no breaks but for breeders, certain type of breeds and show dogs this is probably the only way to go.

After doing a little soul-searching and budget reviewing, we asked my brother the big question…could you, would you, watch our dogs? Believe it or not he said yes, and we are so very very thankful! He has a sweet golden lab named Ella. She will have a few extra squeak toys to play with now.  We cannot thank him enough for taking in two extra boarders.  I hope they behave themselves!

The hardest part was breaking the news to my daughters, I know they are going to miss them but they also know it is for the best.  It would have been a lot for the dogs to go through and to be honest I just do not know how they would do traveling as much as we are going to do. We are planning on using Skype a lot, not only with our family and friends but now our dogs too!

If you are considering bringing your pets with you on any flight, especially overseas, there are different rules with each airline and each country so, you definitely need to pay close attention and look at all of the rules regarding this.  Make sure you look closely at each airline’s website for restrictions and information because every airline has their own way of doing things and it can easily get confusing.  I would definitely look at this all before booking your flights, a lesson learned for me!

In the long run, I know it will be easier for us to be pet free but I was so looking forward to walking our dogs on the streets of Paris and through the English countryside.  I guess that will have to wait until next time.   I will miss my little friends!

2 responses to “Traveling with Fido(s)”